Total joint replacement involves removal of the existing joint surfaces, usually because of a painful arthritic condition which is disabling enough that the patient prefers to have surgery, having failed to respond to the usual non-operative methods of treatment. 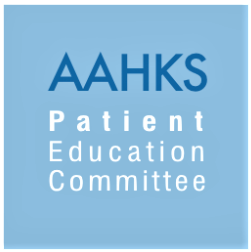 These involve the surgical procedure itself, and the materials involved in performing the surgery. Blood loss occurs both during the surgery and after the surgery, and a blood transfusion may be required. The patient has the option of donating their own blood pre-operatively, or bank blood may be utilized. Infection may occur initially after the surgery or occur at some remote time after the surgery. Infection would require re-operation and sometimes removal of the prosthesis, and is considered a major problem which could require prolonged treatment and re-operation. The outcome of this might result in a satisfactory result after appropriate treatment of the infection. Dislocation may occur after placement of a hip prosthesis and may require re-operation. Over a period of several years, the prosthesis may loosen, and if it becomes a disabling problem, re-operation could be necessitated.

Following a joint replacement the leg length may be different than it was preoperatively, and if this poses a problem a corrective lift could be prescribed. Nerve injury has been reported, and most often this problem resolves without treatment, but may be permanent.

The components used for these operations involve metal, polyethylene (plastic), and methacrylate (surgical cement). This operation with the use of these components significantly improves the function of the joint, but no way makes the joint normal or able to withstand the same stress of a normal joint. They are not designed to allow a person to run or withstand high impact activities, but are designed to allow most ambulatory activities. Failure to avoid high impact activities may lead to premature loosening of the joint components.

The medical problems that may occur following a major operative procedure are often more closely associated with the patient’s pre-operative medical condition. Cardiac, pulmonary, or blood pressure problems certainly have a bearing on the patient’s risk status. We recommend that a patient be evaluated by their family physician prior to the surgery for medical clearance. Obesity is associated with a higher risk of post-operative medical problems.

After surgery of any sort, and more commonly after lower extremity surgery, a patient may develop a clot within the vessels of the lower extremity or the pelvis. This clot may migrate to the lungs (pulmonary embolus). It is considered a serious problem, and various measures are used (anti-coagulation) to diminish this possibility, the same way in which we utilize antibiotics in the peri-operative period to diminish the possibility of infection.

After having an artificial joint replacement it is recommended that with dental surgery, urologic surgery, colon surgery, gynecological surgery or any instance which there is a potential for infection, that one use prophylactic antibiotics so as to prevent the possibility of the prosthetic joint becoming infected.

Any person who has a problem with an arthritic joint may be taking aspirin or an anti-inflammatory drug. These medications tend to make patients bleed more easily, and should be discontinued at least two weeks prior to the contemplated surgery.

If any patients have any dental problems of note, these issues should be addressed prior to the surgery.

The alternative treatments to having a joint replacement include the use of medication, the use of a cane, crutches, a walker, wheelchair or doing nothing at all.

The statistics of joint replacement surgery have been quite satisfactory to the point that it is an accepted procedure in patients with disabling joint pain who are in reasonable health and in an age group where the surgery is considered to be indicated. The outcome studies indicate the success rate to be in the range of ninety five percent, with complication rates usually being in the neighborhood of five percent or below (probably within the range of any operative procedure).